Sammy Matebane > news > trading > Blockchain bridges as an alternative to waiting for Ethereum 2.0

Blockchain bridges as an alternative to waiting for Ethereum 2.0 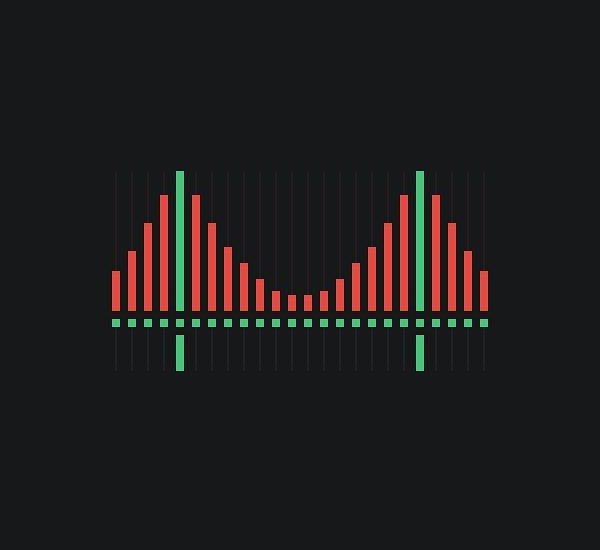 Although blockchain has brought much-needed decentralization and broken the stereotypes, it probably holds some problems that require introspection in every existing area. One of them is the lack of blockchain intercompatibility. This means that if a dApp is built on Ethereum, it can only take advantage of the Ethereum blockchain and not any other network, which can cause concern as Ethereum has its own inherent problems, such as poor scalability.

What are blockchain bridges?

1) A blockchain bridge is an interconnected link that provides communication and interaction between two blockchain systems.

2) Blockchain bridges help dApps take advantage of both systems, not only their host platform, by linking two networks. For example, a dApp hosted on Ethereum and linked to the EOS blockchain can take advantage of Ethereum smart contracts’ functionality and the scalability of EOS.

3) With blockchain bridges, any data, information, and tokens can be transferred between two blockchain platforms.

4) Blockchain bridges are regulated by the mint-and-burn protocol. The transfer of tokens is not literal; rather, when a token must be transferred from one blockchain to another, it is burned on the former one, and the equivalent amount of tokens is minted on the other side.

The question remains: why is it still a problem even 11 years after the first decentralized systems appeared? The fact is that until recent days each type of blockchain was created as a separate independent ecosystem, and the developers seemed to be more concerned about competing with each other than working on compatibility.

However, with the growing popularity of decentralized finance in 2020, the problem of cryptocurrency compatibility is more acute than ever. The fact is that the DeFi industry itself was conceived as a single financial ecosystem whose products had to be intercompatible. And in 2020, technology companies have repeatedly noted the importance of combining the efforts of large blockchain platforms, which until recently were created in an independent manner.

Today DeFi is a market that manages more than 11 billion dollars and became an alternative to traditional banking services for thousands of users thanks to attractive rates on loans and deposits offered by its products. An important factor contributing to the popularity of this sector is the successful attempt by DeFi developers to partially solve the compatibility problem. As a result, users can easily exchange different tokens or refinance a loan from one asset to another.

A trustless bridge works more or less as a public network of blockchains, where anyone can join the platform without any permission. Trustless bridge users receive an incentive to verify transactions just like Ethereum miners do.

The freshest and brightest example of a trustless bridge is Wormhole, which connects Solana and Ethereum. This is only the first of many planned cross-channel bridges on Solana. It converts ETH and ERC-20 standard tokens to SPL standard tokens on the Solana blockchain. This will allow existing projects and platforms to reliably move assets between networks while taking advantage of the ultra-fast and secure blockchain. Moving to Solana eliminates network congestion or high transaction fees and still allows you to return to the Ethereum network if necessary.

The Syscoin-Ethereum Blockchain is also a well-known example of the Trustless bridge, which allows for trustless interactions between the Ethereum and Syscoin networks.

Similar to a private blockchain, a Federated bridge requires a user to meet certain criteria and requirements set by the federation to be part of the bridge. For example, a Wanchain blockchain bridge connects several isolated blockchains to provide a flow of digital assets and data. This is an excellent example of a blockchain bridge for decentralized finance.

Another example of a blockchain bridge is the RSK token bridge, which provides an interface between Bitcoin and Ethereum to transfer assets.

This year NEO, Ontology, and Switcheo launched a joint project called Poly Network, an alliance of heterogeneous communication protocols aimed at seamless integration of Ethereum, Cosmos, and NEO blockchains into a larger cross-chain ecosystem. While the NEAR project launched the Rainbow Bridge, connecting NEAR and Ethereum.

For example, Polkadot created a single gateway to connect any type of blockchains through so-called parallel chains. Polkadot’s ultimate goal is to implement a message transfer between the chains, which would avoid using a relay chain for transactions and thus provide faster and more direct communication.

The emergence of decentralized finance can significantly reduce the gap between cryptocurrencies and the traditional financial system. Moreover, experts believe that DeFi solutions can solve the issue of cryptocurrency integration into the financial world even faster than the leaders of the payment industry, such as PayPal or Coinbase.

As mentioned above, if a dApp on Ethereum uses its advanced ERC-20 token standards and smart contract functionality, it also faces a lack of scalability, low processing speed, traffic congestion, and other problems associated with Ethereum. In addition, Ethereum also charges high transaction fees during heavy network traffic periods. Using a blockchain bridge, the dApp can be executed on Ethereum for smart contract functionality, while transactions can be executed via a blockchain bridge for higher processing speed and lower costs. In this way, a dApp can combine the best of both worlds.

Blockchain bridges help reduce Ethereum network traffic by distributing it to other less loaded blockchains, thus solving Ethereum scalability issues. Instant payment processing is also a very useful blockchain bridge application. At the end of the day, teams do not need to limit themselves to a single blockchain if they want to strengthen one blockchain with the scalability of another.

Blockchain bridge development is still in its infancy, and it may take considerable time to turn into a full-fledged application suitable for banks. But, given its useful and unique aspect of connecting several blockchain systems, it goes without saying that the bridges will play an important role in the future blockchain universe. This suggests that the next level of development is not far off. And big steps are being taken to create a free space where digital money will be compatible with fiat currencies. For example, Ripple is working on the Interledger protocol, which allows transactions between blockchain platforms and traditional solutions. On the other hand, it would be impractical to expect the full value of liquid Ethereum or Bitcoin ecosystems to be immediately distributed across networks.